I continued tweaking my PN532 code and during the past few months I have added support for I2C interface, Mifare Classic tags (read-only), and Yubikey NEO keys (NFC Forum Type 4 interface). 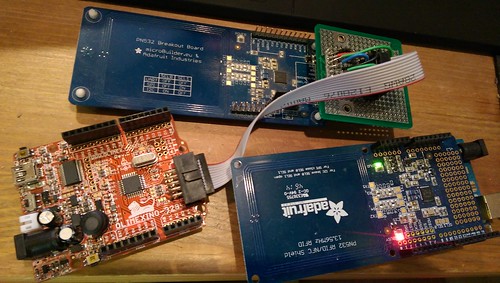 I2C support means that you can use Adafruit PN532 Arduino Shield and normal Arduino UNO to run my code.

Example output when reading NEO is below: 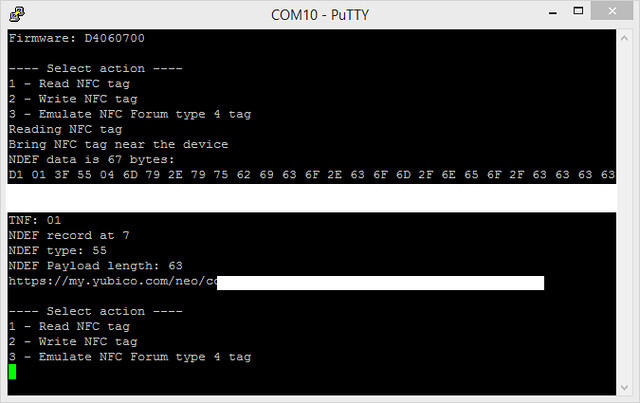 Yubikey NEO basically returns https URL which has the changing key part at the end of the url.

nfc_i2c.hex works with Adafruit PN532 Arduino Shield while the SPI version expects the PN532 breakout board and Olimexino-328 (16MHz/3.3V, yes that is overclocked) with same pin configuration as before:

For I2C, I used slightly modified (bigger buffers) version of Rolf's AVR.I2C package. Earlier, I had made my own I2C routines also, but Rolf's package is more polished.